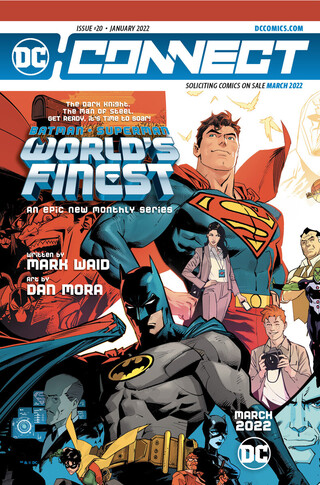 The Dark Knight and the Man of Steel are together again in Batman/Superman: World’s Finest, an epic new series from writer Mark Waid and artist Dan Mora! Superman needs help, so Batman turns to…the Doom Patrol? Sean Murphy returns to the White Knight world with Batman: Beyond the White Knight, as a new Batman emerges in Gotham City! The action continues across the DC Universe with three major crossover events: Trial of the Amazons, Shadow War, and War for Earth-3! All this, and the return of one of DC's biggest breakout characters in Naomi Season Two #1!