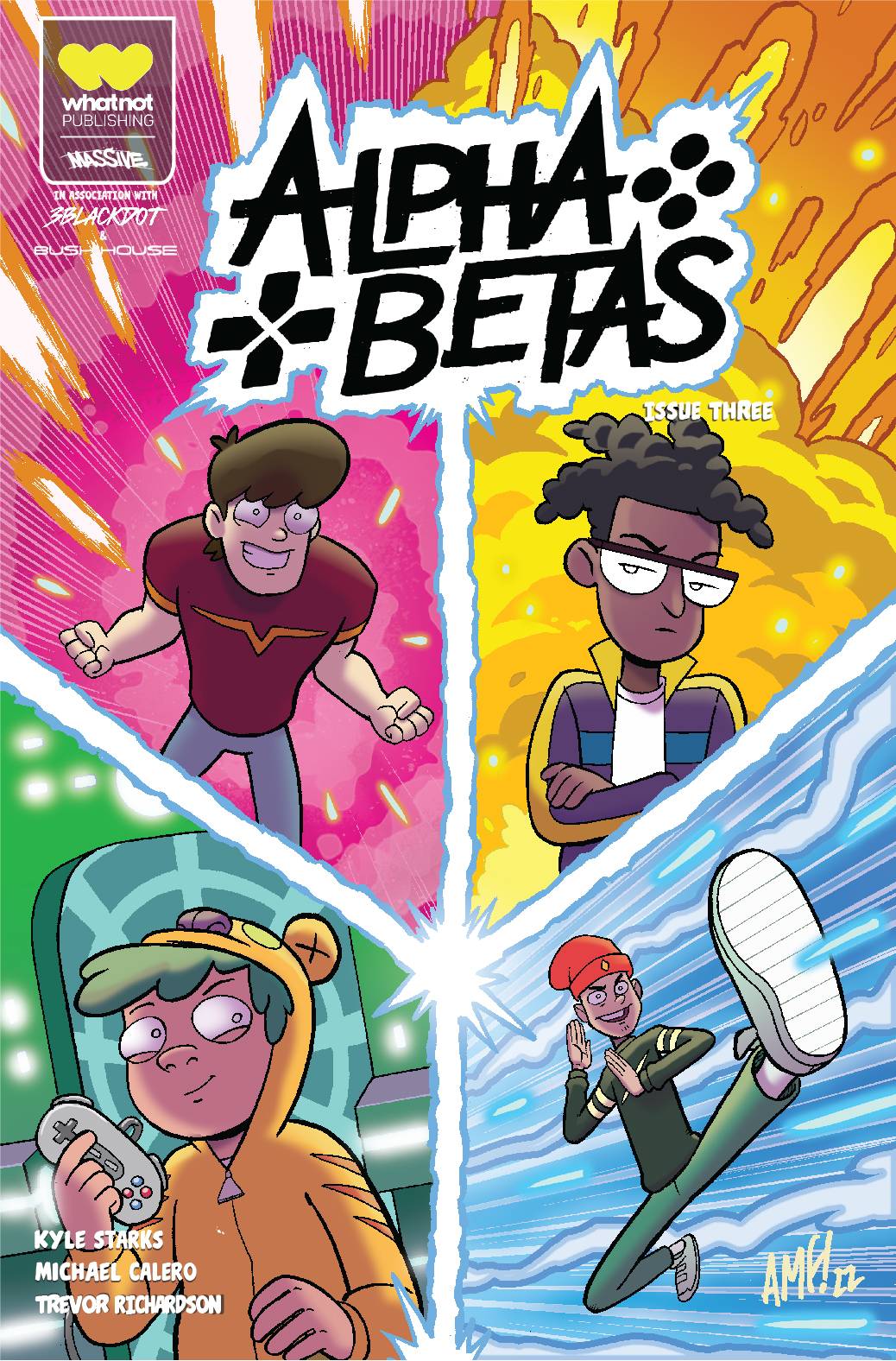 Description: 2022: Tony Fleecs brings the heroes of Alpha Betas to life in the style of his hit series, Stray Dogs. Origins Part 3. This issue has everythingpranks, rabid wolves, flaming hot wings, foreign imposters, exposed male nipples, even murderWhen foreign hackers infiltrate the popular imposter game, One Of Us, in an attempt to siphon its players into their own cheap knockoff, they threaten more than some lighthearted murder mystery fun. As the fate of their country hangs in the balance, will the boys find the intruder in time or will their shenanigans finally result in their first failed mission? Based on the hit animated series now airing new episodes on Youtube, Alpha Betas is a collaboration between popular Youtube creators, Evan 'VanossGaming' Fong, Marcel 'BasicallyIDoWrk' Cunningham, Tyler 'I AM WILDCAT' Wine, and Brian 'Terroriser' Hanby, with more than 60 million subscribers across their channels, and the voice talents of Hollywood heavy hitters like Stephanie Beatriz (Brooklyn Nine-Nine), and Chris Parnell (Rick and Morty).