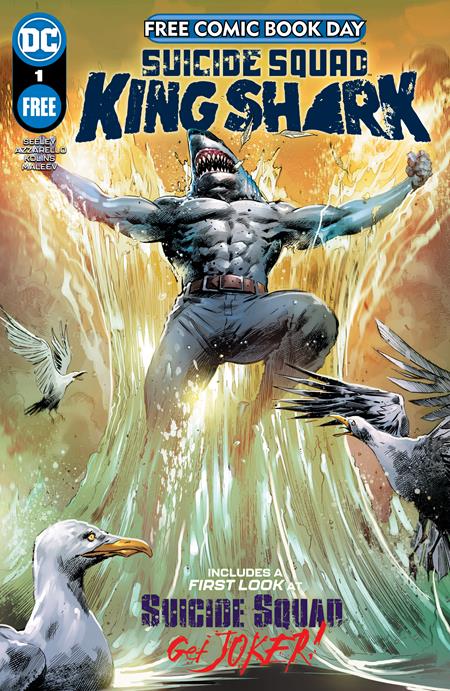 Description: 2021: Get ready for The Suicide Squad written and directed by James Gunn, which releases in theaters and HBO Max on August 6th, with this incredible special edition that features the world's deadliest villains. Discover more about the breakout character from Task Force X in an original SUICIDE SQUAD: KING SHARK story written by Tim Seeley and illustrated by Scott Kolins. This issue also includes a preview of the sensational Suicide Squad: Get Joker! limited series by Brian Azzarello and Alex Maleev. An incarcerated and angry Red Hood receives a chance at freedom from Amanda Waller. All the former Boy Wonder needs to do to gain his release is lead the Suicide Squad on a mission to terminate The Joker. Paired up with Harley Quinn and Gotham City killers, such as Firefly and Killer Croc, he doesn't care if any of them come back alive, as long as The Joker dies! Sold in bundles of 25