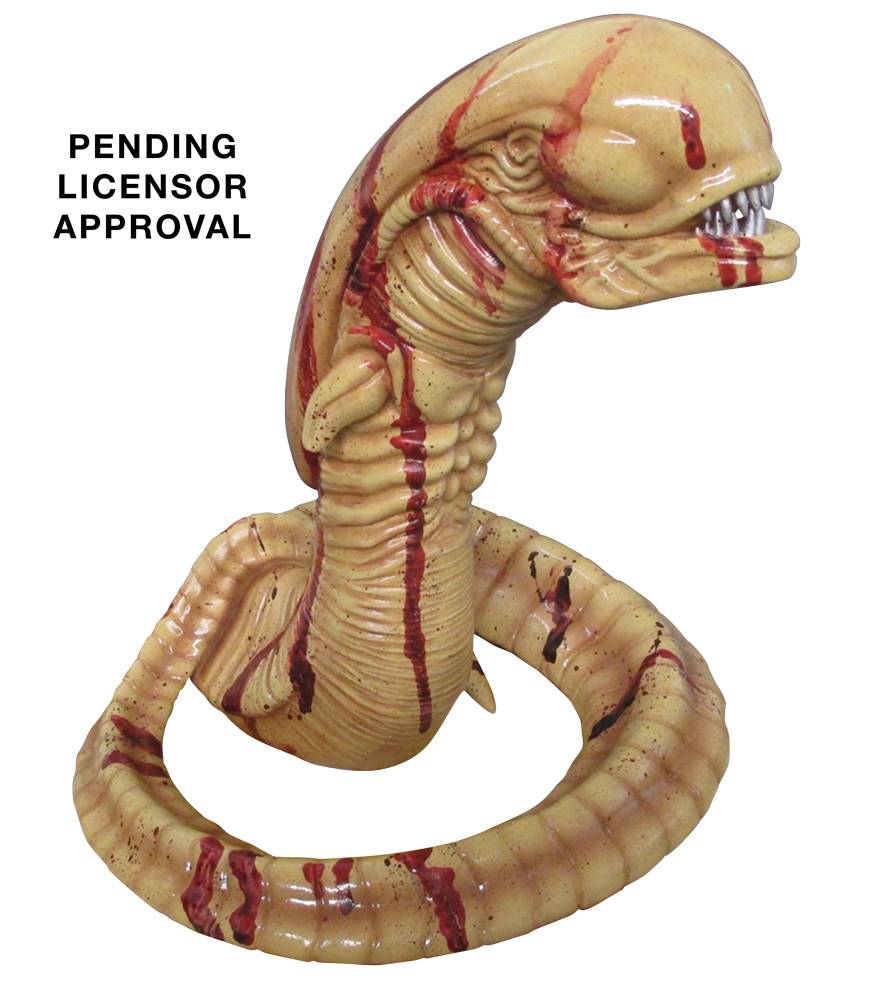 Description: 2020: The infant form of the Xenomorph, a Chestburster erupts forcibly from the chest of its host, killing it in the process. Its first instinct upon emerging is to flee and hide, but also to find a source of nutrition. It soon undergoes a dramatic growth spurt and molts, reaching adult size in a matter of hours. Then it will begin to hunt its prey as an apex predator. After executive officer Kane is impregnated with an egg by a Facehugger, it later detaches and is found dead. After awakening with some memory loss, Kane seems otherwise unharmed. The crew lifts off from the alien planet on the commercial space tug Nostromo and talk around the dinner table. However, Kane begins to choke and convulse and is laid out on the table, spilling food and drink. A small but vicious alien creature bursts through his chest, killing him and escapes into the ship, leading to the crew attempting to find and kill it. The iconic Chestburster from 1979 science fiction horror movie Alien, is recreated in die-cast metal as an official hand-painted model. It depicts the gore-soaked creature that bursts from the chest of Kane (John Hurt) on the Nostromo.