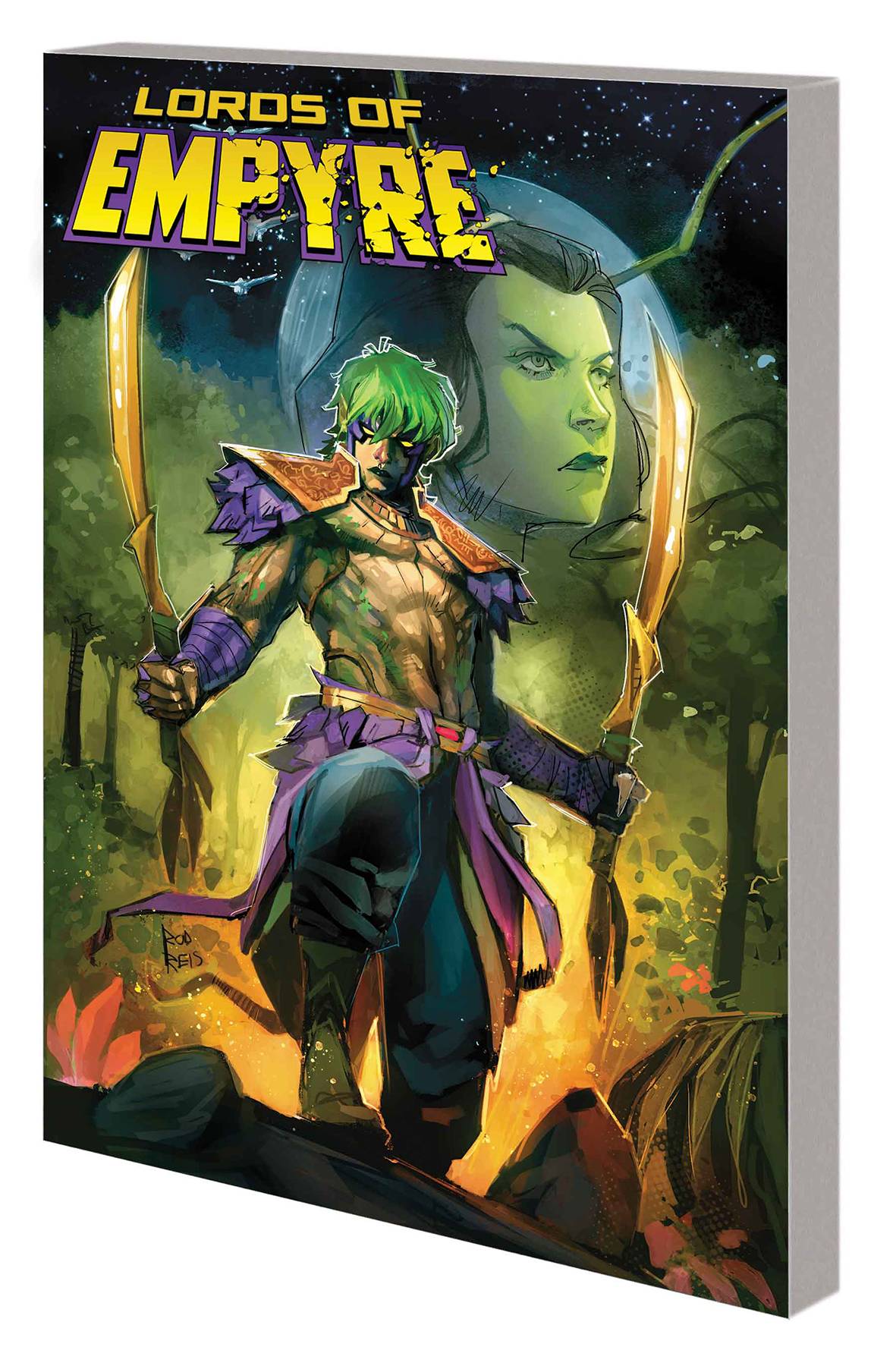 Description: 2020: Destiny in the stars! Emperor Dorrek VIII is the son of Kree hero Mar-Vell and the Skrull Princess Anelle. For years, he lived on Earth as the heroic Young Avenger called Hulkling, evading the clutches of both bloodthirsty empires. But his long-avoided destiny has caught up to him, and now Hulkling must take the throne! Elsewhere, the young Cotati called Quoi faces his hour of ascension! Will he become the Celestial Messiah, the role he was prophesized to play - or will his mother, Mantis, stand in his way? Plus: The Avenger called Swordsman may be long dead, but his shadow looms large across the galaxy! And in South America, Conan finds himself targeted by slavers from beyond the stars - and only Venom can help him avoid a grisly fate! Collecting LORDS OF EMPYRE: EMPEROR HULKLING, CELESTIAL MESSIAH and SWORDSMAN