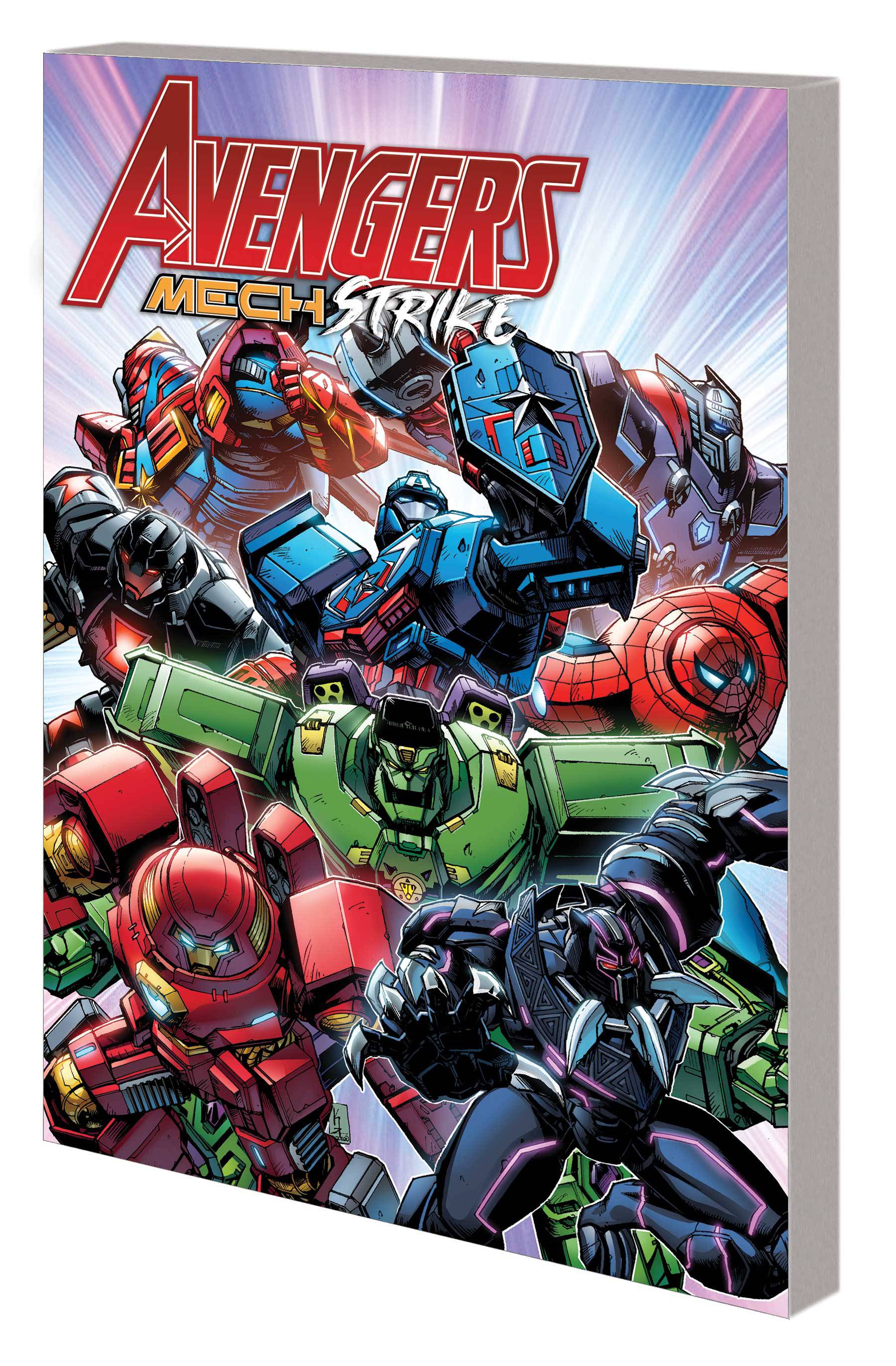 Description: 2021: The story that gives new meaning to the phrase 'Avengers Assemble!' Earth's Mightiest Heroes find themselves confronted with an unstoppable new menace: monstrous Biomechanoids seemingly impervious to every attack! But the Avengers aren't so easily beaten - and when new threats arise, powerful new tools must be brought to bear! Suiting up in high-tech individualized armor, the Avengers stand ready for one of their greatest battles yet as a shadowy mastermind makes the first moves in a deadly game of chess! While the team battles Biomechanoids across the globe, Iron Man and Black Panther try desperately to uncover their hidden enemy - and discover that the threat is far greater than they had previously imagined. The fate of the Earth hangs in the balance, and an Avenger will fall! Collecting AVENGERS MECH STRIKE #1-5. Rated T+