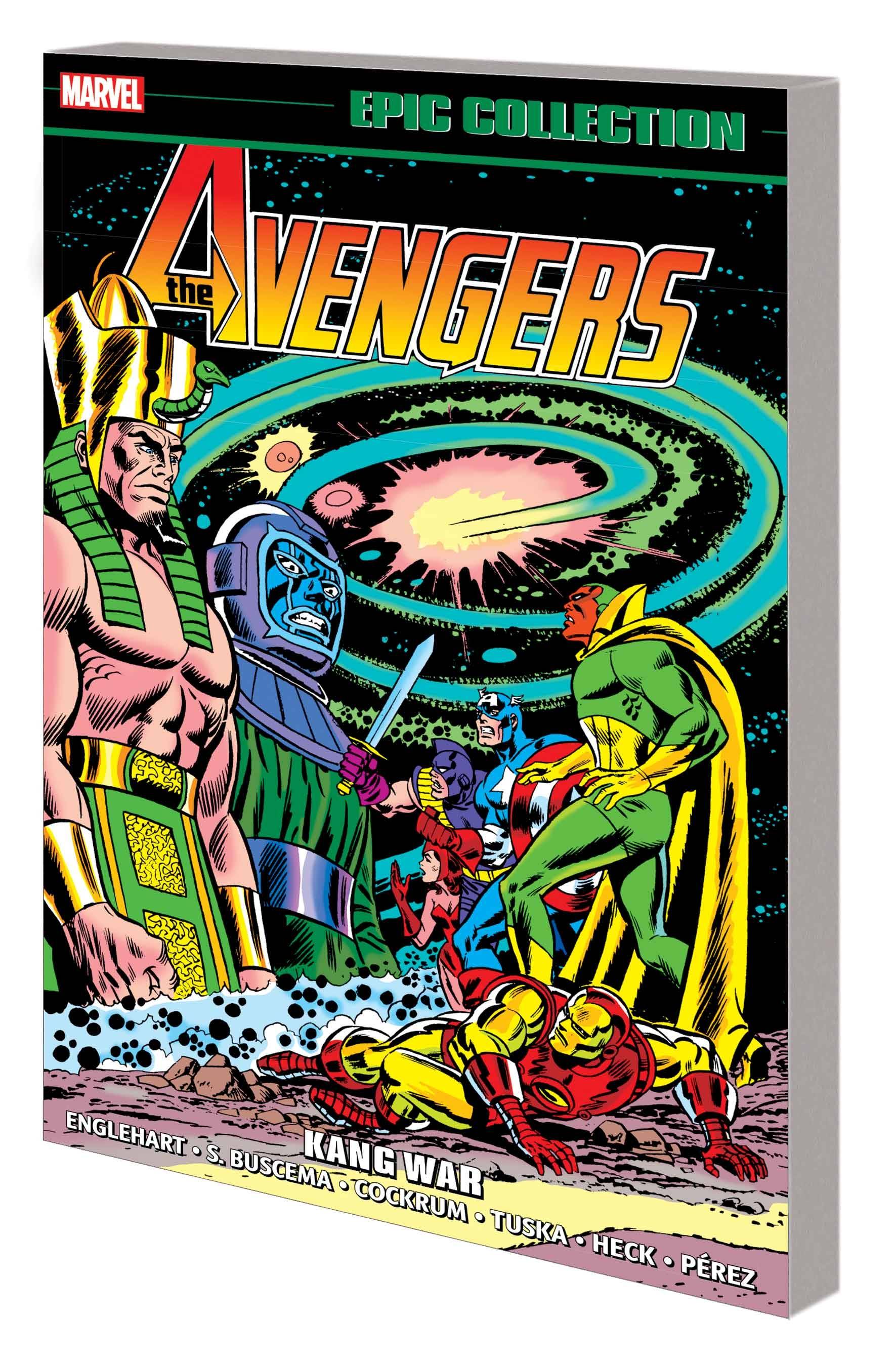 Description: 2022: Throughout his AVENGERS run, Steve Englehart slowly built the mysterious Mantis into one of '70s Marvel's most intriguing characters. Here, her tale reaches its cosmic climax in a saga spanning space and time: 'The Celestial Madonna!' When Kang the Conqueror arrives, the action begins. Before it's over, Kang, Rama-Tut and Immortus will have you time-twisted in two. And that's just for starters! The origin of the Vision is revealed, and he and the Scarlet Witch wed! Then, the Avengers put out a call for new members. Beast, Hellcat and Moondragon join - while Captain America, Yellowjacket and the Wasp return. Each will be tested in a second war with Kang and the Squadron Sinister! It's a classic conflict that teams the Avengers with the heroes of the Old West! Collecting AVENGERS (1963) #129-149, GIANT-SIZE AVENGERS #2-4 and material from FOOM #12. Rated T