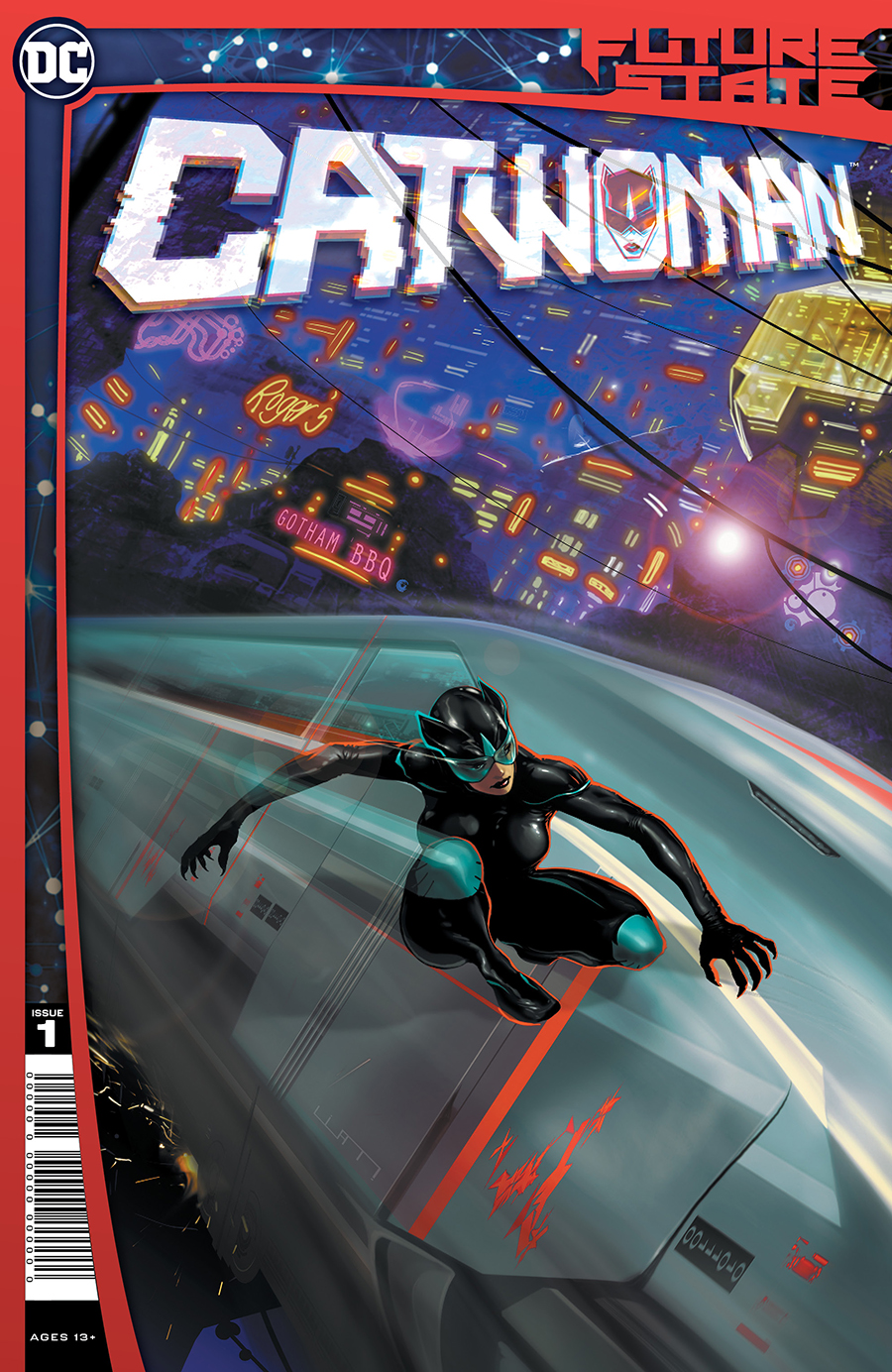 Description: 2021: Masked vigilantes have been deemed illegal, and the Magistrate has commandeered a bullet train to take those they've captured to a reformation facility - and filled the rest of the train with innocent children! Catwoman is hellbent on ensuring it never reaches its destination. Armed with a new magnetic suit, assisted by her trusty band of Strays, and featuring Catwoman's new protÃ©gÃ©, she must pull off the impossible: a train heist where she stealsâ¦the train itself! But Selina isn't the only person aboard who has plans for this train and its most unexpected passenger!